Making it easy for anybody to go hunting

We’re building the easiest way for anyone from beginners to seasoned hunters to get out there. Right now we’ve hand-picked hunts in Texas, but you can sign up to get a notification as soon as we get to your area.

For beginners, Outpost makes learning to hunt easy. For experienced hunters, it makes finding the best hunts incredibly simple. You can learn more on our Help page, or instantly book a hunt right now.

We’re elevating a new breed of hunter. Which is just another way of saying we’re elevating the timeless breed. For lots of reasons, the way folks think about hunting (even within the hunting community itself at times) took a slide in the 20th century. We’re getting back to what true hunters have always known themselves to be: responsible, ethical, food-oriented, and above all focused on reminding ourselves that we’re always part of nature.

Read more about how Outpost works

Learn about our Wild Business program

Why I started Outpost

I didn’t grow up hunting. And I had no inclination to do it — I grew up in the suburbs of Baltimore, went to college in New York City, and learned to write software. It wasn’t that I’d rejected hunting — I hadn’t even considered it. Have you ever woken up and thought, “I’m going to take up jousting”? That’s how relevant hunting was.

A few years ago, that started to change. I got into food and cooking. Hard. I built kitchen gadgets, visited farms for fun, and even started a software business to help farmers manage their crops. I cared about finding high-quality meat, but had never personally hunted or processed an animal.

It felt inconsistent to be into meat while being disconnected from the process that puts it on the table. That process obviously includes killing, but that’s the middle of the story. Stalking silently through the wilderness, straining to hear a leaf crunch, smelling an approaching animal, staring miles across a valley. Doing it for days. By definition, that is getting in touch with the wild at a fundamental level. That is the process that puts meat on the table. And that’s what I was disconnected from.

After months of research on my own, a friend who’s been a skilled hunter for decades volunteered to show me the ropes. My dad also dove back into the bird hunting he’d enjoyed as a teenager. Slowly I went on hunts for birds, and eventually deer and bear. But it took an effort that most beginners don’t have time for. And surprisingly, finding good hunts stays a problem even for experts. Many resort to — I’m not kidding — going door-to-door to ask permission to hunt.

I started Outpost to fix these problems. There’s a lot more on that at the links above, but you’re here to use Outpost, not to read about why you should use it. So I’ll let you do that. Get out there. 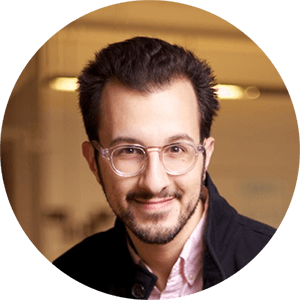 Kareem Shaya
(The guy who founded this company)
Email me anytime at kareem@outposthunting.com

Thoughts on hunting from people we admire

Chris Pratt on peeking into nature

The sun comes up. You’re in camouflage. Nothing knows you’re there, nothing can smell you, the wind’s in your face. You’re a voyeur to the world waking up, and the wilderness waking up around you — in a way that no one gets to see when they drive their car down the road, because they’ve disturbed it. You’ve snuck in and you’re just opening up a window to … if a tree fell in the woods and didn’t make a sound, you’d be there to witness it. Because nobody’s there. You’re not even there.

Steven Rinella on the splendor of ANWR

In this landscape, life is so limited. In places, so few animals per square mile, that it really makes the ones you see seem so much more spectacular …. From my perspective, these moose are on this wild-seeming, unknowable, distant ridge, backed by these crazy snow-covered mountains. And you could look at these moose from another angle and just be like, ’Oh, there’s a pair of moose.’ But from this angle, they become almost holy beings.

Gene Moe on danger in the wilderness: the time he fought a bear, armed only with a knife

This is in 1999, I was just a kid then, I was 69 …. Around the corner here comes the biggest growl you ever seen. Here comes a bear going 40 miles per hour. I’m three steps from my gun but I know I don’t have time.

Allen Morris Jones on reconnecting with your own nature

A Quiet Place of Violence: Hunting and Ethics in the Missouri River Breaks
Of course, the animal you’re really hunting is the animal within yourself, buried under layers of light, noise, and speed. If left undisturbed under this shell, you will finally come to believe in nothing past it — no fresh air, no growing leaves; and worse, you’ll believe that such things never existed. But if caught in time you can take a breath and consider how strangling the air inside had been, how tepid. And if you begin hunting … then! Then you dwindle, fading with each step into the ropes of grass around your legs, into the smell of pine and wood smoke and the taste of rain. You hunt until you have forgotten even your own name, losing it in the plenum of names, the diaspora, the fabric of unspoken words.

Aldo Leopold on the land ethic and “thinking like a mountain”

“Thinking Like a Mountain”, A Sand County Almanac
We reached the old wolf in time to watch a fierce green fire dying in her eyes. I realized then, and have known ever since, that there was something new to me in those eyes — something known only to her and to the mountain. I was young then, and full of trigger-itch; I thought that because fewer wolves meant more deer, that no wolves would mean hunters’ paradise. But after seeing the green fire die, I sensed that neither the wolf nor the mountain agreed with such a view.

A Quiet Place of Violence: Hunting and Ethics in the Missouri River Breaks
Coming back from dinner at the neighbors, you swing your headlights through the lawn and startle a thirty-four–inch buck, blinding him. Your first impulse, regardless of personal ethics, is to jump out and shoot it. Your whole life this is what you’ve been hunting for. And here it is. Right in front of you. But to kill that animal would be to let project take precedent over process. It would be unnatural, unethical. There would be no stalk, no moment of accord between the hunter and the animal, no real chance for it to escape — everything would exist beyond the process. You might kill the buck, but by doing so you would have rejected the process of which the deer was a part — of which you were trying to become a part. The act would have been one of pure killing. Not hunting.
Find a huntAboutHelpGet email updates